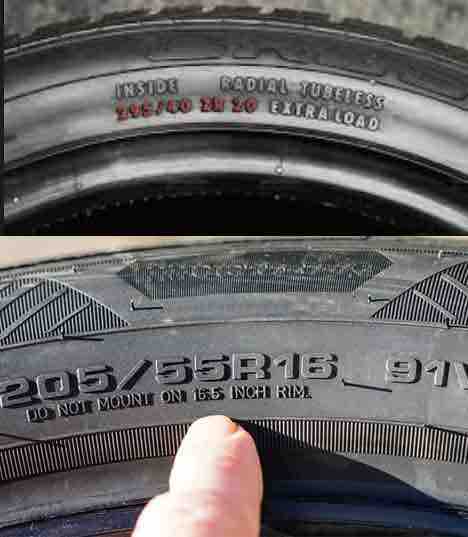 A lot of times, the temptation to mix different tires with different load indexes and speed ratings kicks in. But, is it advisable to do this?

Can you mix Z and ZR tires without compromising the safety of your road trip? 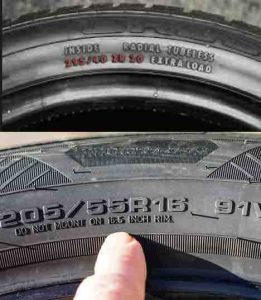 Yes, you can mix R and ZR tires, but I will advise you against doing so.

R tires are simply radial tires. Primarily, R indicates the construction and internal casing of the tire. On the other hand, ZR refers to the speed rating of the tire.

To reduce costs, some drivers mix R and ZR tires on the same tire. 225 40 zr18 tires and 225 40 r18 tires look similar with the same speed ratings, but the performance is always different.

Although R and ZR tires have similar tread patterns, with no visible differences. ZR tires are specifically constructed for sports cars with the need for high speed and performance.

For you to maintain a safe routine on the road, you should stick to the instructed manufacturer’s tire. And if you must change to R tires, your entire wheels must follow.

This maintains stability, compatibility, and assurance of a stronger sidewall.

What does it mean to mix R and ZR tires on a car?

The understanding of R and ZR tires run in two angles; R as the internal construction of a tire and R as the speed rating of a tire.

These two terms have different interpretations and we should not confuse them as one.

Sometimes, it looks like there is no big deal with mixing R and ZR tires, as long as they have the same speed index.

However, a lot of drivers are skeptical about what will happen if you mix R and ZR tires. ZR tires are designed to achieve speed levels above 149 mph.

As there are improvisations in the automobile industry with an innovative production of tires, ZR tires include V, W, and Y speed ratings.

Nevertheless, here are reasons why you can get away with mixing R and ZR tires.

They have a similar tread pattern

ZR tires are simply Z-rated radial tires. They are just the Z rating of R tires. While R refers to just the tire structure, Z includes its speed rating.

The layers of ZR and R tires are the same. This makes it easy to achieve the same tire strength.

The ply formation of ZR and R tires runs on a 90-degree alignment, radially to the center of the tire.

They can have both speed index

There are chances that you will find ZR and R tires with the same speed index.

Nevertheless, we have r tires that can handle a speed rating of up to 170 mph. This places ZR and R tires on the scale; having the ability to have the same speed index.

There is not much difference between ZR and R tires if they have the same speed index.

They have flexible and solid walls

Having a Z marking before a radial tire does not indicate that it has some refined construction mechanism. They are of the same construction style with R tires. This gives them the same sidewall.

ZR tires marked W or Y have the same sidewalls as R tires. With the height of the sidewall, thickness, and ratio of width and height, ZR and R tires achieve similar road comfort and balance.

Rolling resistance is low on both tires

One of the benefits of a reduced rolling resistance is that it helps achieve fuel conservation and efficiency.

Rolling resistance impacts the level of energy needed to ensure that your tires are moving at a consistent speed.

Even with different companies producing the same tires, the architecture is the same.

Its rolling resistance makes it possible to ride on a four-wheeled car mixed with ZR and R tires without noticing any changes.

Durability remains the same for ZR and R tires

While ZR tires are specially designed for sports cars, both R and ZR tires achieve a great volume of stability, without influencing the need to regularly change the tires.

This is because both tires generate less heat, and have an improvised tread life.

Riders don’t need to necessarily get so scared about having a burst tire for pairing ZR and R tires, except they are of incompatible load and speed ratings.

ZR and R tires have the same features

ZR and R tires are the same. They have a steel belt which improves its durability and a heightened overall construction.

If you can maintain normal speeds riding on R and ZR tires, you are pretty good to go.

Achieving fuel conservation is easier with both R and ZR tires. Flexible sidewalls and less ground damage are also maintained.

Difference Between R and ZR Tires

One major difference between R and ZR tires is their speed rating. ZR tires are optimized for higher speed than R tires.

While R can stand for both radial construction and speed limit for vehicles depending on the position in the ratings on tire, ZR specifically stands for a speed limit rating of about 149mph and are known as performance rated tires.

R tires would be best suited in most counties, since it falls within the speed limit they can drive on having a limit of about 106 mph itself. But if one must decide to operate on speeds beyond specified speed limits, it’s best to procure tires with that speed limit since they’re designed to suit that road conditions.

Why you should not mix both Z and ZR tires

ZR tires are specially sports cars. A lot of drivers make the mistake of matching different tire pairs and taking the cars on a bull-run ride.

Exceeding the required speed rating on different tire pairs is a disaster that you wouldn’t want to witness.

ZR tires include V, W, and R tires and the speed rating of these tires might exceed an R tire.

Let’s get this straight, any tire can become an R tire, but there are specific speeds that make any tire a ZR tire.

There are cases of misfits and staggering fitting in cars. I wouldn’t rule out the fact that most drivers do not take into account the manufacturer’s instructions for their cars.

There are chances that your car has a specifically sized tire.

But because you didn’t pay close attention to these close details, you ended up matching different R and ZR tires of different sizes and sets.

I will not limit the case of tire misfits to the R and ZR construction, but different companies might produce different R and ZR tires for different seasons, styling, and sizes.

Mixing different tires places you at the edge of the risk margin, compromising your road safety in the long run.

The argument is simple; why should you mix a ZR tire with an R tire instead of having the same tires on all wheels?

The truth is, if you make the mistake of mixing an R speed-rated tire that has a speed limit of 106 mph with a ZR tire that runs above 149mph and achieves a 186 mph speed, you might not live to tell the stories.

When you mix R and ZR tires with different speed ratings and load indexes, you will not only compromise the performance of your car but also your safety.

Can I Use ZR Tires Instead Of R?

ZR tires can be used to replace R tires once other factors like rim and tire sizes are the same. But if you decides to use the R tires instead of ZR, knowing fully well it has higher speed rating than R tires; the R tires can exceed the intended speed limit of 149mph but it won’t take long to results in overheating or blowout of tires part.

A simple rule of thumb when deciding on tires with the best reading to use is to check your vehicle’s manual to see tires that corresponds to the manufacturer’s intention.

R can stands for both Radial Construction and an indication for speed limit of about 106mph. While ZR is a representation of speed limit of 149mph; in modern tires this has been replaced with other letters in the charts.

Tires have different readings on the sidewalls which ZR and R are one of such readings. R can stands for both Radial Construction and an indication for speed limit of about 106mph. While ZR is a representation of speed limit of 149mph; in modern-day tires this has been replaced with other letters in the charts, in order to better represent tires readings.

From the two speed limit stated above, one can clearly see that ZR tires are made for higher speed cruising as compared to their R counterparts. And if the readings for load limit on the tire is higher matches the load limit specified in the vehicles manufacturer’s manual then ZR tires can be mounted on Light-truck or bigger vehicles as compared to R tires which would be best suited for personal vehicles which are designed with lower load limit.

Can I mix tire brands too?

No, you should not mix different tire brands. I strictly advise against mixing tires of different brands, except during emergencies.

There are chances that you have a failed tire or some mishaps and you need to quickly get a new tire.

Getting the exact tire model, size, and tread pattern of your tire in the same brand might become a big issue. In this case, you can temporarily mix tires.

But aside from these, you should not mix tire brands. Different tire brands have different construction mechanisms.

The water dispersal features might differ with tire brands, the durability is not assured with different brands of tires.

You will have some tires wearing faster than the others. You must know that tire manufacturing companies have different formulas for their tires.

The tread designs and rubber composition are not the same. To save you from any accident, only use tires of the same brand.

No, you cannot use 60 instead of 65 tires. 60 and 65 in tires refer to the aspect ratios of these tires. Although most tire experts will advise you to stick around 3% of your car’s aspect ratio.

However, going for an aspect ratio that is different from the recommended ratio for your car will not only achieve a smaller tire but also a skinnier tire.

This might result in an imbalance in control, and brake failure.

Moreover, the difference between 65 and 60 tires goes slightly beyond the 3% max scale to a 3.09% scale.

Riding on 60 instead of 65 tires will affect the traction as the width and diameter of the tires are compromised.