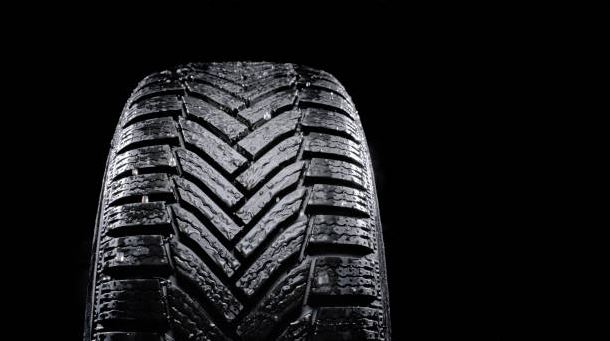 While both initials represent speed ratings for tires’ safe maximum speeds, other factors set them apart, ultimately determining your decision on which tire grade to use.

The differences between tires of various speed ratings go beyond the speed. There is a gap between W-rated and Y-rated tires on other grounds, such as ride comfort, traction, tread wear, cornering ability, and price.

Similar to V and Z-rated tires, W and Y-rated tires are great for high-performance vehicles in warmer climates. But there are more differences than similarities.

In the rest of this article, you will see how both tire grades measure up in handling, longevity, comfort, cost, and speed. As a bonus, I will also share the specifics of other letter-rating tires.

A few factors determine how well a tire handles; however, tire models with higher speed ratings usually have a relatively better handling quality than those with lower speed ratings.

In other words, Y speed-rated tires are expected to handle better than W speed-rated tires. Aside from the increased max speeds, Y tires perform better in this area because they resist heat better even while travelling at speeds well above 150mph.

The speed rating of a tire also speaks volumes about the comfortable driving it offers. Here, we are looking for which of the two tires offers the best ride quality, refinement and noise.

Unfortunately, these qualities are tradeoffs for high-performance, high-speed-rated tires like Y-rated. Similarly, because Y-rated tires are wider than W-rated tires, they will produce more drag and road noise.

While the tire manufacturer’s design will influence the overall comfort of tires, expect the W-speed-rated tire to offer more comfort than a Y-speed-rated tire. There might be exceptions when you compare brand to brand.

But generally speaking, tires with a lower speed rating will most likely be more comfortable than those with a higher speed rating. Hence, W-rated tires hold the belt on this one.

Another thing to consider when drawing the line between W and Y-rated tires is the longevity of both wheels.

Take a few steps back for a broad view. There aren’t any significant differences between both tires regarding durability for daily activities since the difference in speed ratings isn’t beyond 20 mph.

But since a speed rating can be defined by how well the tire can shoulder heat and friction in high-speed rolling, you can expect W-rated tires to last longer than Y-rated tires. Unfortunately, the latter has a softer rubber compound, which makes it a not-so-great option for daily driving compared to W speed-rated tires.

The outline of the differences between these two speed-rated tires is only complete by considering their contrasting costs.

Manufacturers of sports cars, supercars, and other high-end deluxe cars use W-rated tires, so you can expect them to come at a higher price point. Similarly, Y speed-rating tires are only used in supercars and hypercars that can exceed 186 mph or 300 kph. This exclusivity attracts a higher price tag as well.

While a higher speed rating tire does not always imply a higher cost, Y speed-rated tires are slightly more expensive than W-rated tires.

Meanwhile, both tires are not easily available, like H and a few other common speed-rated tires. So W and Y tires are top-notch in their rights.

Which Is Better Overall?

It all comes down to the purpose and how it works for individual car usage at the end of the day. The W-speed-rated tire is best for safe driving at 168 mph or 270 kph. (Reaching that limit always isn’t advisable, considering longevity and on-road safety)

On the other hand, the Y-speed-rated tire would be the best option if you want to drive safely at 186 mph or 300 kph.

To determine which is best for you, you need to consider the few caveats discussed in previous sections of this article.

As promised earlier, here are the speed ratings by letter for tires:

P.S: Observe the code on the sidewall to identify your tire’s speed rating. You will see a bunch of letters and numbers representing the load index rating, the wheel’s diameter, height, and width. However, you want to focus on the single letter at the end of the code. That letter represents the tire’s speed rating.

Your driving purpose will ultimately determine your decision on which of these tires to opt for. However, I recommend you go for the W-speed-rated tires because they last longer, are more comfortable and affordable, and perform better in winter than Y-rated tires.

However, if you prioritize better handling, more driver feedback, improved stress endurance, and better acceleration and braking, you’d be better off with Y-speed-rated tires.

If you have any doubts about W or Y-rated tires, share your thoughts in the comments.